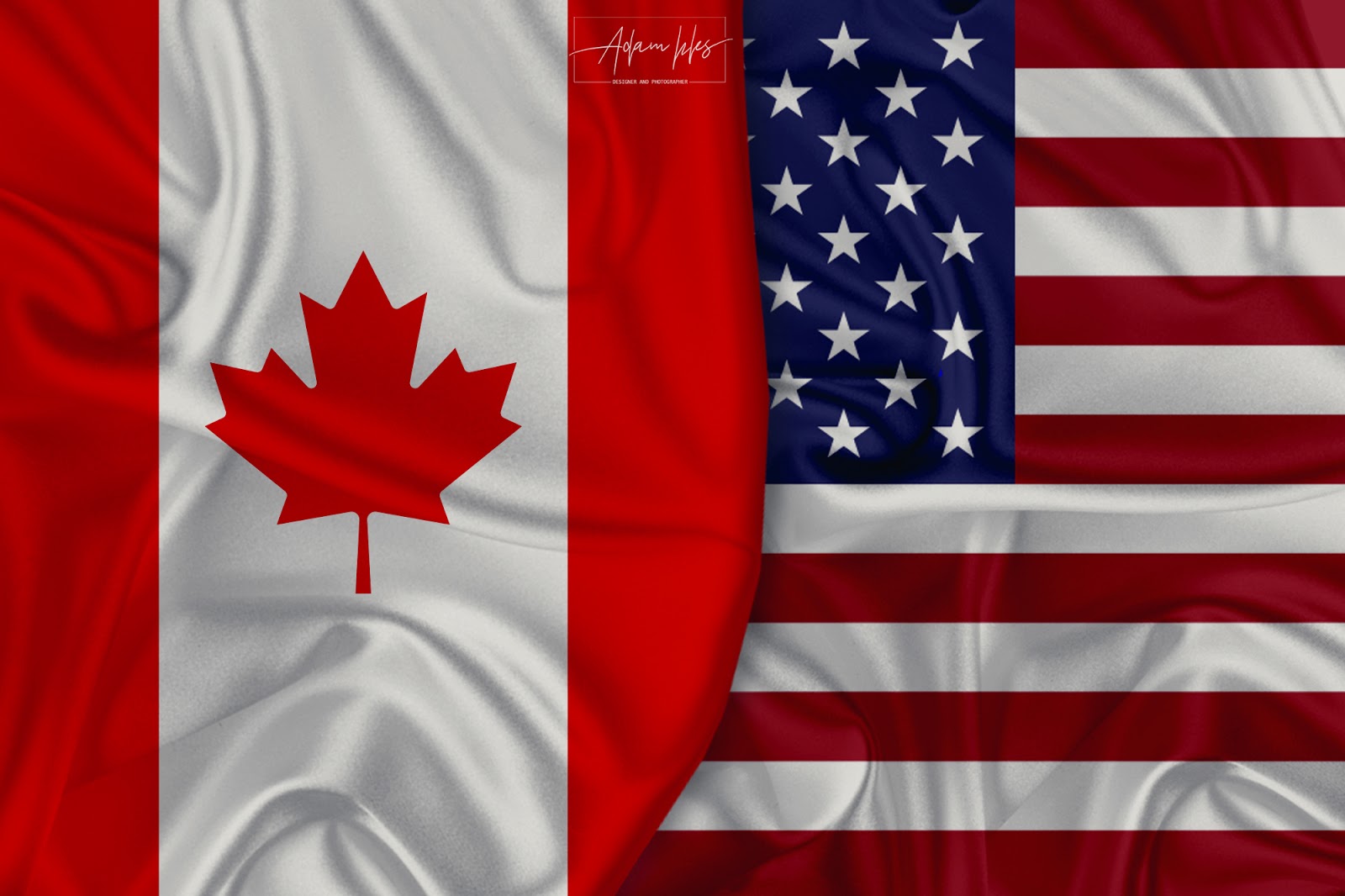 Canada–United States relations covers the bilateral relations between the adjacent countries of Canada and the United States. Relations between Canada and the United States historically have been extensive, given a shared border and ever-increasing close cultural, economical ties and similarities. The shared historical and cultural heritage has resulted in one of the most stable and mutually beneficial international relationships in the world. For both countries, the level of trade with the other is at the top of the annual combined import-export total. Tourism and migration between the two nations have increased rapport, but border security was heightened after the September 11 terrorist attacks on the United States in 2001. The U.S. is approximately 9.25 times larger in population and has the dominant cultural and economic influence. Starting with the American Revolution, when anti-American Loyalists fled to Canada, a vocal element in Canada has warned against US dominance or annexation. The War of 1812 saw invasions across the border. In 1815, the war ended with the border unchanged and demilitarized, as were the Great Lakes. The British ceased aiding Native American attacks on the United States, and the United States never again attempted to invade Canada. Apart from minor raids, it has remained peaceful.

As Britain decided to disengage, fears of an American takeover played a role in Canadian Confederation (1867), and Canada's rejection of free trade (1911). Military collaboration was close during World War II and continued throughout the Cold War, bilaterally through NORAD and multilaterally through NATO. A very high volume of trade and migration continues between the two nations, as well as a heavy overlapping of popular and elite culture, a dynamic which has generated closer ties, especially after the signing of the Canada–United States Free Trade Agreement in 1988.

The two nations have the world's longest shared border (8,891 km (5,525 mi)), and also have significant interoperability within the defense sphere. Recent difficulties have included repeated trade disputes, environmental concerns, Canadian concern for the future of oil exports, and issues of illegal immigration and the threat of terrorism. Trade has continued to expand, especially following the 1988 FTA and North American Free Trade Agreement (NAFTA) in 1994 which has further merged the two economies. Co-operation on many fronts, such as the ease of the flow of goods, services, and people across borders are to be even more extended, as well as the establishment of joint border inspection agencies, relocation of U.S. food inspectors agents to Canadian plants and vice versa, greater sharing of intelligence, and harmonizing regulations on everything from food to manufactured goods, thus further increasing the American-Canadian assemblage.

The foreign policies of the countries have been closely aligned since the Cold War. Canada has disagreed with American policies regarding the Vietnam War, the status of Cuba, the Iraq War, Missile Defense, and the War on Terror. A diplomatic debate has been underway in recent years on whether the Northwest Passage is in international waters or under Canadian sovereignty.

Today there are close cultural ties, many similar and identical traits and according to Gallup's annual public opinion polls, Canada has consistently been Americans' favorite nation, with 96% of Americans viewing Canada favorably in 2012. As of spring 2013, 64% of Canadians had a favorable view of the U.S. and 81% expressed confidence in then-US President Obama to do the right thing in international matters. According to the same poll, 30% viewed the U.S. negatively. Also, according to a 2014 BBC World Service Poll, 86% of Americans view Canada's influence positively, with only 5% expressing a negative view. However, according to the same poll, 43% of Canadians view U.S. influence positively, with 52% expressing a negative view. In addition, according to Spring 2017 Global Attitudes Survey, 43% of Canadians view U.S. positively, while 51% hold a negative view. More recently, however, a poll in January 2018 showed Canadians' approval of U.S. leadership dropped by over 40 percentage points under President Donald Trump, in line with the view of residents of many other U.S. allied and neutral countries.