Turkey And Azerbaijan The Most Beautiful Wallpaper - Flag on The Face

Turkey And Azerbaijan The Most Beautiful Wallpaper - Flag on The Face 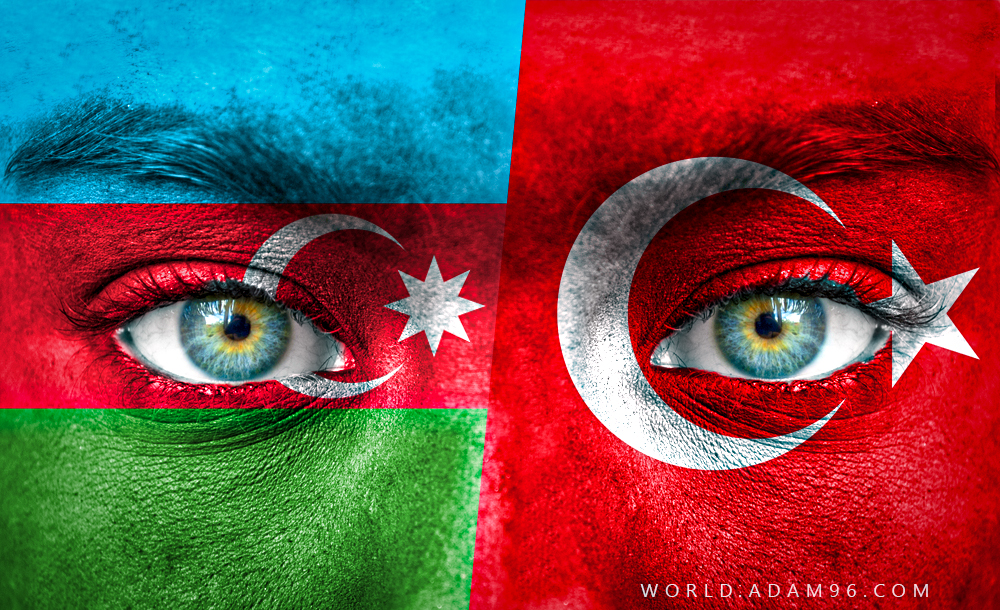 On November 1991, Turkey became the first state to recognize the Republic of Azerbaijan, which declared its independence on 30 August 1991. The diplomatic relations were established on 14 January 1992 and the Consulate General in Baku was upgraded to Embassy level. Turkey has also two Consulates General in Nakhchivan and in Ganja while Azerbaijan is represented by its Embassy in Ankara and two Consulates General in Istanbul and Kars.
Turkey’s relations with Azerbaijan is multifaceted and at strategic level. Frequent high level contacts are the main driving main force of bilateral relations. Visiting each other’s countries immediately after assuming the office or in the wake of developments with symbolic importance became a tradition.
With the aim of further strengthening bilateral relations, the High Level Strategic Cooperation Council (HLSC) mechanism was established in 2010 at the Presidential level.
Trilateral and quadrilateral mechanisms, established together with Azerbaijan are important mechanisms contributing to regional stability, peace and prosperity.
Constituting the only land connection between Turkey and Azerbaijan, the Nakhchivan Autonomous Republic is of great importance for Turkey’s relations with Azerbaijan, and constitutes our direct contact point with Azerbaijani people.
Turkey contributes to efforts aimed at the resolution of the Nagorno-Karabakh conflict within Azerbaijan’s territorial integrity and sovereignty through peaceful means. In this regard, as a member of OSCE Minsk Group, Turkey continues its initiatives.
Post a Comment
Share
Labels#Asia, #Azerbaijan, #Turkey
Newer
Older